To inspire every student to do more, expect more, and be more.

The award featured a drawing by third grade student Genesis Cruz, who was introduced by campus Art Teacher Kenneth White, and spoke about the inspiration for her artwork, her friends being able to play on the campus playground, which she missed during the closures related to the COVID-19 pandemic.

Campus Principal Candee Martinez, accompanied by Shaffer and Austin, led Rep. Anchía on a tour of the campus and discussed plans to provide new campus facilities for students if a proposed re-zoning measure is approved by the City of Dallas. 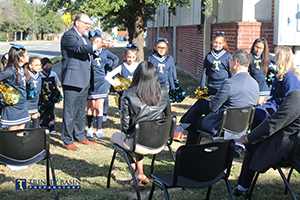 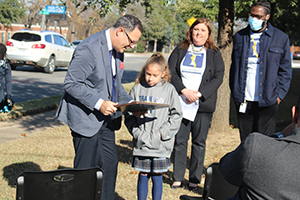 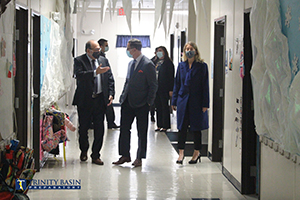 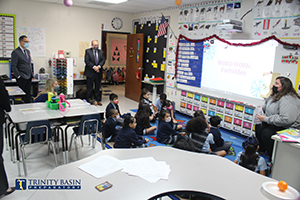 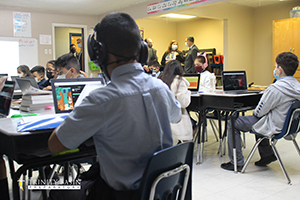 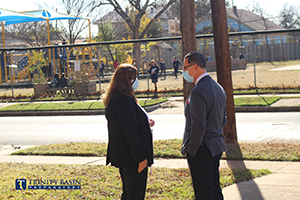 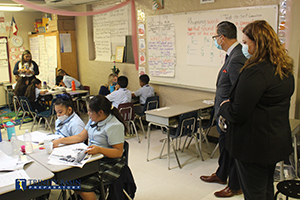 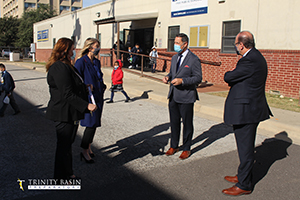 Connect with us on social!